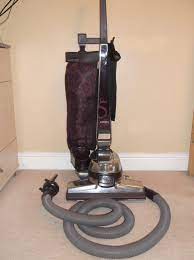 So you’re cleaning your carpet today and suddenly wonder, how does a vacuum work? It may look humble on the outside but it’s pretty intricate on the inside. Your vacuum is the handiest household cleaning appliance and it’s totally worthwhile to take a moment studying how it actually works. In this article, we’ll take a glimpse on the anatomy of vacuum cleaners and how they function while cleaning up the dust and debris invading your home.

You utilize the simplest of all suction mechanisms when you sip your favorite soda through a straw. Sucking the fluid promotes a pressure drop between the top of the straw and bottom of the straw. The soda is pushed to your mouth when the fluid pressure at the bottom is greater than the top.

Your vacuum cleaner works on a similar principle. Its design is simple yet highly effective – enough to get rid of dust, small particles, and dirt debris away from your beloved floor.

Now we don’t have to clean our houses in an arduous, manual approach – thanks to our vacuum cleaners. This device has turned house cleaning into a more time-friendly and relatively rapid job. Utilizing nothing but suction, the vacuum gathers dirt and stores it in one of its components for disposal.

What Are Vacuum Cleaners?

Electric vacuum cleaners have been around for more than a hundred years already. It has become an indispensable house appliance for the majority – and it’s easy to see why. Can you imagine life having to pick sawdust out of the carpet with your bare hands?

How Do Vacuum Cleaners Work?

Similar to the straw-principle above, a vacuum cleaner works in the same fundamental mechanism but the way it executes the process is what makes it intricate. A conventional vacuum cleaner design is quite simple; however, it highly relies on a series of physical principles for it to function properly.

A standard vacuum cleaner is basically made up of six (6) primary components. They are as follows:

The primary components are often composed of sub-parts and a variety of accessories that work in coalesce to make them work. There will be a separate section below that will elaborate the different working parts of a vacuum cleaner.

What Happens When You Plug Your Vacuum Cleaner?

Here’s what happens when you plug your vac and turn it on:

How Do Pressure Drop Works?

The amount of pressure behind the fan will drop below the value of pressure outside your vacuum unit (referred to as ambient air pressure). The variation in pressure is what creates the partial vacuum (suction) in the internal part of the vacuum cleaner.

The ambient air (air outside the vac) will push itself into the vacuum unit, making its way in the intake port. It’s a natural phenomenon whenever the pressure outside is higher than the pressure inside the vacuum.

The air will go to the area with a lower pressure – like they are naturally attracted to it. There will be a consistent stream of air traveling through the intake port to the exhaust port. The process remains constant as long as the passageway through the vacuum cleaner remains open and the fan is running.

Through the principle of friction, the flowing stream of air is able to collect the dirt debris from your floors and carpet with it.

The Components of Vacuum Cleaner

You may already have a solid knowledge about negative pressure from the section above. Negative pressure is just another term for pressure drop. And it can be explained by how you suck your drink with a straw.

When you turn your vac on, the motor and fan will work in coalesce to create a negative air pressure inside the unit – a pressure level that is way lower than the pressure level of the atmosphere outside the vac.

Another example that perfectly shows the principle of vacuum is a sci-fi space film wherein there’s a scene portraying a breach in the hull of the spaceship and the people onboard are being sucked into space.

The vacuum creates an internal negative pressure, attracting external air to flow towards it.

This is the heart of the vacuum cleaner and the reason why your unit works. The electric motor is responsible for spinning the fan, consequently sucking air along with the small particles that are caught up.

The end zone of the negative pressure where the air and dirt particles go is the bag or canister. Now you might wonder how the motor continues to do its job of sucking in air and leading it to the canister or bag without ever stopping (to the user’s demand).

Logically thinking, the air would get trapped in the confined space of the bag or canister, causing it to eventually burst, right? But that’s not the case. Vacuum cleaners are cleverly designed to surpass that issue.

Every vac is engineered in such a way the air can escape in a certain exhaust while trapping the dirt debris behind. This paved the way for the invention of filters.

Now the motor can continually do its part without risks of overcrowding the canister or bag with air. Thanks to the exhaust port that vents the air out through the opposite end.

The beauty of vacuum cleaners is they are cleverly designed. They can suck in air and dirt but they eject only the air, leaving the dirt inside the canister.

It is harmful to the user if the vacuum will just let the air pass through and out the other side along with all collected particles – making the essence of the vacuum cleaner basically useless.

Apart from the dirt and grime, the vacuum can also pick up the finest particles that you can’t even see in plain sight. Your lungs can be at risk if you inhale large amounts of these minuscule particles.

Modern filters are now equipped with file filtration systems called High-Efficiency Particulate Arresting (HEPA) filters that can trap even the smallest dust particle. So the air that comes out from the exhaust is safe to breathe.

That is why it is important to purchase the best vacuum cleaners, especially those models with integrated HEPA filtration technology. This is to ensure a healthier air to breathe in.

The greatness of a vacuum cleaner not only ends with the motor power. Another factor that determines the capability of a model is the size of the intake port – the section where the dirt is sucked up.

The more suction is generated when the intake is smaller in size. Squeezing the same amount of air in a narrower passage will force the air to move at a much faster rate.

You can observe a vac having narrower entry port to have much higher suction power compared to a vac with a larger entry port.

How Does A Vacuum Cleaner with Bag Works?

A vacuum cleaner with a bag is the oldest type. The first electric vacuum can be traced in 1901 by a British engineer.

It’s a simple sucking machine with a suction head and a brush at the front part, a motor in the middle part, and a bag at the back (attached to handle) where the dirt is stored.

When you turn it on, the motor is activated into action, powering the fan, sucking in dirt and air, then blowing it to the bag for storage.

The fabric bags of some vac models have a disposable paper bag inside for an easier disposal. The trick of the mechanism lies in the bag – it is NOT completely airtight as you might initially think.

The bags are designed such that air can pass through it, but not the dirt. So basically, the bags themselves act as the filter that traps the dirt inside while allowing the air escape outside. However, a bagless vacuum cleaner is more advanced.

How Does A Bagless Vacuum Cleaner Work

Modern vacuums cleaners do not have bags like the early models did, hence bagless. They are equipped with plastic bins instead.

Since plastic bins can’t act as filter themselves, bagless vacuums have filters to segregate the dust from the air. Other than that, the rest of the mechanism of a bagless unit is similar to the previous variant.

What Is A HEPA Filter?

A High-Efficiency Particulate Arresting filter (HEPA filter), is a special paper folded in a cylinder attached near the base of the dirt bin. The air escapes through the said filter, leaving the dirt behind in the bin.

The beauty of a HEPA filter is its ability to trap even the minutest dirt particle, allowing only clean air to pass through it.

HEPA filters do NOT necessarily give your vacuum cleaner more suction power at the cleaning end. It’s advisable to replace your HEPA filters more often because the vac will tend to use more power pulling the air through when it is clogged.

The world indeed would be a much dirtier place if vacuum cleaners haven’t been invented. There are many types of vacuum cleaners but they all work under the same principle – using a fan & motor to create a negative pressure, sucking in dirt, storing it in a bin, and exhausting clean air to end one cycle.

Knowing how does a vacuum work is an imperative knowledge that lets you know more about that humble appliance that you use regularly. It’s like getting to know someone better, making you appreciate its purpose more.